I was super-excited to dive into this book because I had heard lots of excellent things about it on Twitter and then, I received a most intriguing box of goodies, including a class set of samplers, which went to Book Boy’s school.

Freddie Yates likes facts, and that’s a fact. But it’s not all that this books about. This is a story of friendship, family and always packing spare underpants. Of onion-eating, costume-wearing and accidental crime-fighting. In short, it’s an epic school holiday adventure not to be missed!

When Freddie’s nan passes away he learns a secret, a BIG secret. Freddie finally learns the name of his biological father. After a swift internet search, Freddie deduces that he must be living and working in Cardiff. With his two best friends in tow, and with only some clean underpants and pocket change as luggage, Freddie sets of on the trip of a lifetime.

Predictably, things don’t go as predicted, so the intrepid trio have to rely upon their wits to get to their journey’s end. But can they manage it without their families twigging that they’re not really having sleepovers at each others’ houses, and before the mysterious and menacing ‘Gaffer’ catches up with them?

One of the very best things about this book was the bond of friendship between Freddie and his pals. You can tell that Pearson works with children of a similar age; the combination of banter, bodily functions and flare-ups chimes perfectly with that tricky ‘tween’ phase. The random facts from Freddie which intersperse this novel are a great addition. They show how, even in times of great danger or despair, Freddie can still draw strength from the vast quantity of obscure information which clutters his brain – much like my own son!

If you’re reading this in time, you can join Jenny and I for a #FunnyBookChat on Twitter, May 5th at 8pm. 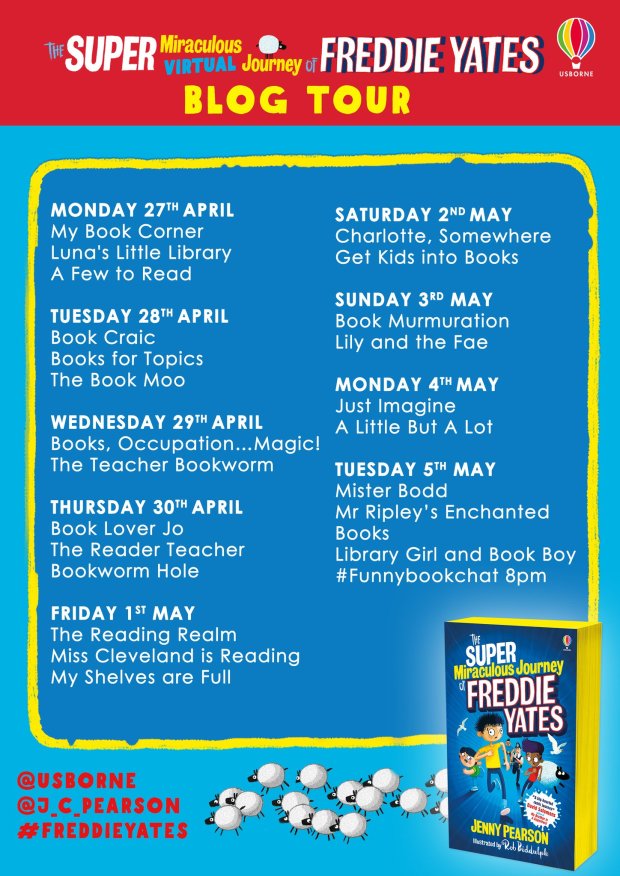