I am almost ashamed to admit that I hadn’t read any of Welsh Children’s laureate, Eloise Williams’s titles before ‘Wilde,’ but I had heard the most amazing things about her writing so was excited to get engrossed by Wilde’s story. 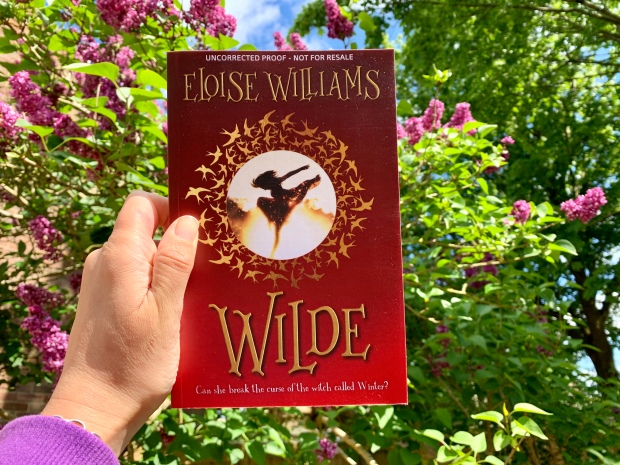 Wilde has managed to get herself expelled from boarding school, again. Rather than face a three hour train journey with a disappointed teacher, Wilde decides to grab her case and escape out the window to make the journey to her aunt’s alone.

Wilde is determined to ‘act normal’ and fit in at her new school in Witch’s Point, maybe even make some friends in Year Six before moving on to secondary school, although that doesn’t seem very likely to her. She has always been different – attracting birds and waking up to strange places, but being different can be dangerous. Particularly in a town famed for its witch hunts and for being under the power of witch, Winter’s, curse.

All hopes of fitting in and making friends disappear when the class starts rehearsing a play about the town’s local legend, and ‘The Witch’ starts leaving cursed notes with the Year Six pupils. It doesn’t take long for the finger of suspicion to be pointed at Wilde. But it’s not her. Is it?

I loved this. It has everything you could possibly want in a contemporary story about growing up and fitting in – magical powers, curses and the trials of joining Year 6 late in a new town. Williams has cleverly woven together all these themes into a seamless, compulsive read.

Choosing to set the tale in an imaginary town in Wales added an extra layer of wonder – the scenery is stunning – rugged, powerful and beautiful! You can imagine the natural elements being pounded together, creating magic, in the pool of the icy waterfall in which Wilde and her classmates seek refuge from the strange, burning sun.

Wilde is an interesting character – conflicted and unsure of herself. Wanting to make a friend but at the same time holding herself back. I enjoyed seeing her gradually learn to trust. Both in others and herself.

A brilliant read for anyone aged 9+ who likes their magical stories well and truly grounded in the real world.

One thought on “‘Wilde’ by Eloise Williams.”