Full disclosure – I am huge fan of Bethan’s delightfully twisted fairy tales and was absolutely THRILLED to discover that she had written a totally original story with a powerful female lead. We are also lucky enough to get a peek into Bethan’s sketchbook as she shares how she uses roughs to help create the finished book.

When Bo tells her brothers that she wants to go  with them on their quest to catch a monster, they just laugh and tell her she’s too little. Not prepared to stand for that, Bo decides to head out on her own to track down a fearsome beast. However, Bo soon discovers that you shouldn’t judge by appearances and starts to wonder just who are the monsters after all…

Bethan has a very distinctive illustrative style so I was fascinated to read the piece she wrote below about how she uses roughs to help map out a finished book.

Generating new book ideas must be my favourite part of creating books, and for I Can Catch a Monster, this all began with research. My work is heavily influenced by folklore and traditional tales,and this book was no exception! I started researching tales of old mythical beasts, cautionary tales and medieval folklore. Before long, I had created a medieval world for my contemporary hero, Bo, who wanted to hunt and catch herself a monster!

As a visual person, I mainly create my stories through illustrations to begin with. Though I do some writing, I find it easier to draw small, rough drawings to capture my story. This part of the process is called ‘storyboarding’. By mapping out the story in small, quick drawings at such an early stage, I can tell as much of the story in pictures as possible. Words usually come much later in my process, and I’ll use them to fill in any gaps in my story.

When I’m dreaming up the designs of my characters, I like to go back to basics. Using simple shapes and lines, I build upon these adding more detail as I go. With my young readers in mind, I create characters with simple shapes, so they can be drawn and recreated with great success, even with the littlest of hands!

Bringing my rough character designs and storyboards together, this helps me to form an overall rough design of the whole book. Something which is very useful in the later stages of the process!

I use the storyboards and character designs to refer back to when I’m painting and editing the final artwork, making sure my designs are heading in the right direction. 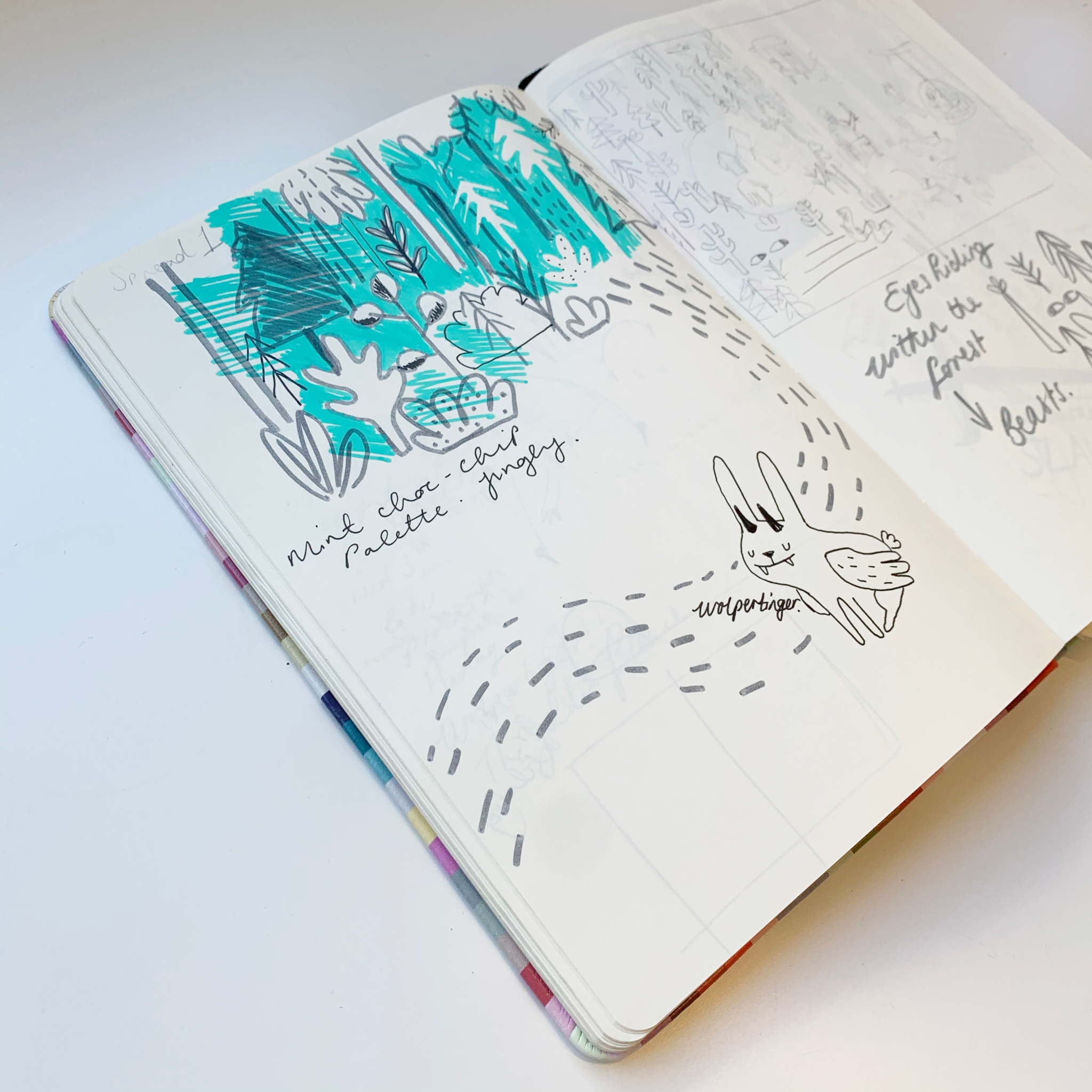 I love the fact that Bethan thinks about her youngest readers trying recreate the characters of the stories they love when she draws them herself. What better way to encourage a love of stories and nurture young creative talent?

2 thoughts on “Blog Tour: ‘I Can Catch a Monster,’ by Bethan Woollvin.”