A plague is spreading across modern day Britain. People and birds are dying. Legend has it, if the ravens leave the Tower of London, the kingdom will fall. 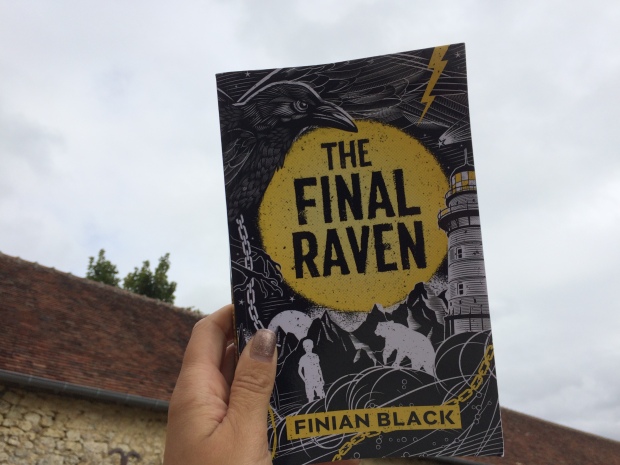 Luca Broom could never have imagined that a school trip to Winchester would result in him being magically transported to the legendary kingdom of Camelot where he, and a handful of other children, will learn about their true lineage and attempt to save the ravens before it’s too late.

However, they hadn’t reckoned on the high-tech gadgetry of Bond-villainesque John Madoc who is hellbent on gaining power for himself. The group of extraordinary children will need to believe in the power of magic and friendship if they’re to succeed.

Black manages to weave together ancient Arthurian legend, magic and intrigue in a story steeped in mystery and adventure. Great for readers aged 10+ as it’s a little gory in places.

One thought on “Holiday Read #6 ‘The Final Raven,’ by Finian Black, cover by Ed Bettison.”