Sometimes books arrive and are snatched out of my hands before I get a chance to read them, and Ludwig was one of them – I think it was the promise of adventure and the lure of 3D glasses! 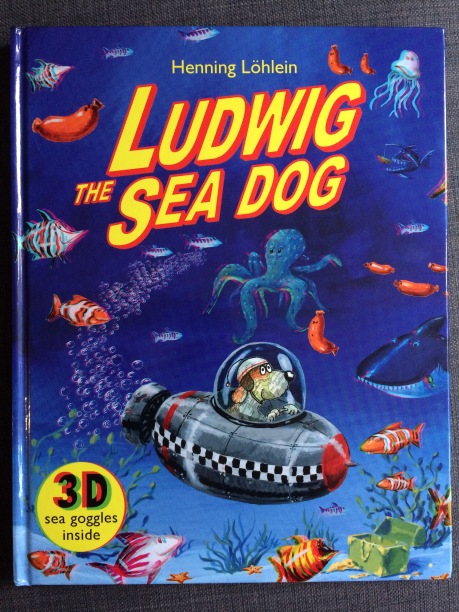 This is actually the second eye-popping adventure about Ludwig the dog (after ‘Ludwig the Space Dog), and is as action-packed as the first.

Ludwig and his friends live in a flat world of books. One day, he receives a postcard from

his friend, Peter the Penguin, whose submarine has broken down underwater. Naturally, Ludwig wants to help so he sets about learning to swim. This is not as easy as it sounds when you live in a 2D world of books and Ludwig’s friends are very worried.

Eventually, with a little help from a fairy queen he meets when being flattened between the pages of of a book, Ludwig is able to take the plunge into the 3D world of the ocean to find his friend.

An absolutely spectacular book! The 3D glasses add a fun interactive element which allows you to explore the very bottom of the ocean as Ludwig leaves the safety of his 2D world of books to help. My sons completely loved it – they gasped when they first put on the glasses: 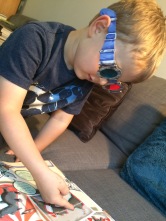 I’m going to have to hunt down the first in the series now!