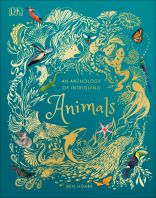 ‘Eye Spy’ by Guillaume Duprat (What On Earth Books)

This is an absolutely fantastic book which gives its readers an animal-eye view of the world. If you thought that all animals saw the same, you were wrong! Snakes see in infrared, cats are super-sensitive to movement and a chameleon’s eyes allow it to look two different ways at the same time!

It’s full of beautiful illustrations and clever flaps which allow you to peep inside the creature’s eyes and see things as they do. Book Boy and Book Boy Jr. were absolutely fascinated. They snatched the book from my hands and immediately started exploring and exclaiming.  ‘Eye Spy’ was a total hit! 6+

‘A Book Of Bears: At Home With Bears Around the World’ by Katie Viggers (Laurence King Publishing)

This book is a beautifully-illustrated and humorous guide to the eight different types of bears which roam the planet.  It obviously features the polar bear and the brown bear, but also species I had never heard of such as the sloth bear and the spectacled bear.

Each page is full of engaging illustrations, a handy height comparison guide and a break down of the different sub-species. You’ll also learn which bear would win a race, which would sink or swim and which species has a super-long 25cm tongue to extract honey from beehives.  Bear-rilliant! 4+

This is an animal anthology to intrigue and delight, with shimmering gilded edges and ribbon bookmark.  Written by wildlife specialist Ben Hoare, it features over 100 fascinating species from across the globe and some stunning illustrations and photography.

Perfect for fans of factual books you can dip in and out of, this title is full of enough facts, stories and myths to fill several chilly winter’s days and bedtime story slots.  Learn about koalas, baleen whales and pangolins, along with possibly the most cheerful-looking creatures in all of Australia, the quokka. 7+

‘A World Of Birds’ by Vicky Woodgate (Big Picture Press)

In a time when one in four primary school children cannot identify even the most common of garden birds (Wilko, 2016), ‘A World Of Birds’ enables them to travel the seven continents and learn about 75 different bird species.

Divided into sections according to the continent, each new zone is introduced with an illustrated map and summary of the issues facing the species who love there. With stylish illustrations and a vintage feel, each page features a different bird with brief annotations and interesting facts – did you know that the sword-billed hummingbird is the only bird with a bill longer than its body. 7+