Empathy Day was founded in 2017 by 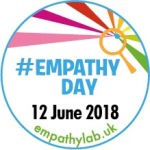 Empathy Lab who believe in using the power of stories to help us understand each other better and make us more empathetic. This year, Empathy Day 2018 is on 12 June so if you’d like to get involved, download a school pack or the free Read For Empathy Guide Of 30 great children’s books to start a discussion in your home or workplace (www.empathylab.uk)

One of the many authors involved is Tom Percival, who’s picture book ‘Perfectly Norman’ is included in Read for Empathy’s guide.  I am delighted to host him on my blog, talking about what empathy means to him:

To me, reading is empathy.

In any given book you’re being told a story directly and are often actually inside someone else’s head, thinking their thoughts and feeling their feelings—so you can’t help but to see things from their perspective.

Growing up in rural south Shropshire with the Long Mynd on one side and the Stiperstones on the other, it was reading that first opened up my world view and took me to places that I could never have dreamt of visiting. I was ten years old before I even went to London, but by then I had already travelled around the world through the pages of various books.

These reading experiences don’t have to be fantastical, or radically different from your own understanding to be powerful. It can be just as amazing to have your eyes opened to a character’s perspective when they are similar to someone who you recognize from your own life but have never considered before. It’s a sad fact that it’s very easy to overlook other people, and to get caught up in the day-to-day business of leading your own life. However, the truth is that we allhave a unique set of experiences that could entertain and inform other people who haven’t had those same experiences—it’s just that in day-to-day life we are not very good at expressing these things, whereas books are an excellent way to communicate those ideas.

I’ve found that having children really increased my potential for empathy. When you are completely responsible for the health and welfare of another living being you get used to looking at the world around you from their perspective—is it warm enough, is there enough food, is there enough shelter, love and support available? And once you start thinking like that, it’s very hard to stop. There is a whole world of people out there and we all need food, warmth, love and support, and there are a lot of people for whom those basic needs are harder to come by for whatever reason. It’s empathy that allows us to recognise this and where we can, to do something about it.

Growing up in the 1980’s (as I did) you would be forgiven for thinking that the world was only occupied by able-bodied people who all thought, felt and looked the same. That was essentially down to a lack of empathy. Minority groups weren’t catered for because their needs weren’t considered important enough, or cost effective enough (which effectively boils down to the same thing.)

Over the years there have been more and more indicators of greater empathy appearing—wheelchair access in public spaces is now a given, and people are rightfully angry when it’s not available. People of all levels of sight and hearing are catered for in cinemas, theatres and public spaces. There is much more understanding about ‘invisible’ conditions like anxiety and depressions along with greater provision for LGBTQ+ teens in schools and an increasing representation of BAME authors, actors and television personalities. All of this is essential to creating a vibrant, thriving culture. Everybody needs to feel they are included in society and if you feel that your needs are not being met, or that you and other people like you are not being reflected in the culture that you see around you then you will feel as though you are being excluded from it.

That reflection is something crucial that people look for in films, books and TV shows. These mediums are not justentertainment, but can be read as clear signals that ‘you are here’, that your needs are being considered and hopefully met. You only have to look at the massive success of the Marvel film Black Panther to see what an appetite there is for a wider range of super-hero films than had previously been made available.

It’s with all of this in mind that I’m really proud to be associated with Empathy Lab’s #ReadforEmpathy initiative.  You can take part by sharing your own recommendations with the hashtag #ReadforEmpathy or reading some of the titles included in their fantastic ‘Read for Empathy guide’ which includes my own picture book Perfectly Norman.

Perfectly Norman is a story about a young boy who one day discovers that he’s grown a set of marvellous rainbow coloured wings, but rather than enjoying his new-found ability to fly he decides to hide the wings away beneath a great big coat because he’s worried about not being ‘normal’ any more. Spoiler alert! He eventually realises that there’s no such thing as ‘normal’ and in doing so, he inspires other winged children to also cast off their coats and take to the skies. The book ends as a celebration of individuality and honest self-expression and my hope is that it will not just help children who may struggle with aspects of their own personal expression, but will also help other children to recognise when a classmate is having a difficult time and to encourage them to reach out and do what they can to help, which is pretty much the cornerstone of empathy.

I loved the message in Perfectly Norman when I read it.  If you’d like to read my review, click HERE.

So on June 12th please do take part in Empathy Lab’s Empathy Day in whatever way suits you best – surely there’s nothing better than picking up a book and starting a conversation.

For chats and reviews of the other books in the guide, make sure you visit the other stops on the blog tour too. 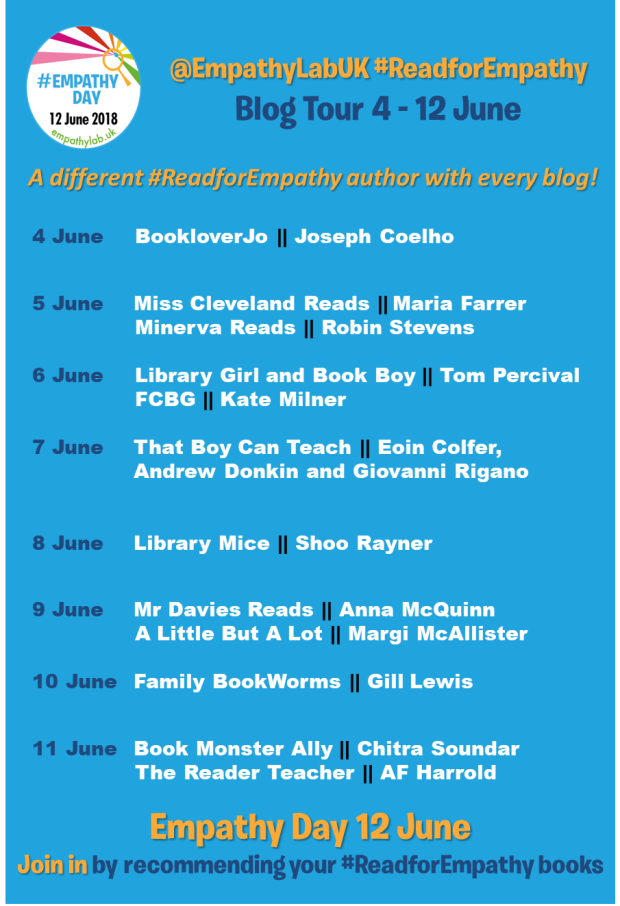 Many thanks to Empathy Lab and Fritha Lindqvist for inviting me to be part of this tour.