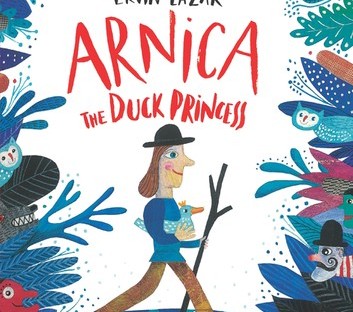 I’m always very interested to read titles which have been translated from other languages; they often have a completely different style and feel from the children’s books published here in the U.K. The fairy tale, ‘Arnica, the Duck Princess’ has been translated into English from the original Hungarian. 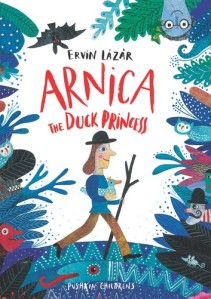 Princess Arnica was the daughter of King Tirunt. King Tirunt was a very good king and would never make a decision out of anger. They lived together in a palace over the mountains and beyond the valleys.

Everyone loved Princess Arnica and a steady stream of suitors arrived at the palace asking for her hand in marriage. Luckily, the king was not the type to force her into marriage and was happy for her to choose someone she loved. This is lucky because Princess Arnica loved Poor Johnny.

Poor Johnny wandered far and wide, until one day he wandered onto land belonging to the Witch of a Hundred Faces. Unfortunately, she was reaching the end of a seven-year cycle where she had to trick someone into being her slave or she’d lose her magic powers. Now without  giving too much more of the story away, the witch casts a spell on Arnica and Johnny, meaning one will always be a duck and one will always be human. Can the Seven-Headed Fairy help them in time?

The publishers have sent me an exclusive illustration to reveal of Poor Johnny first encountering The Witch with a Hundred Faces.  Here it is…. 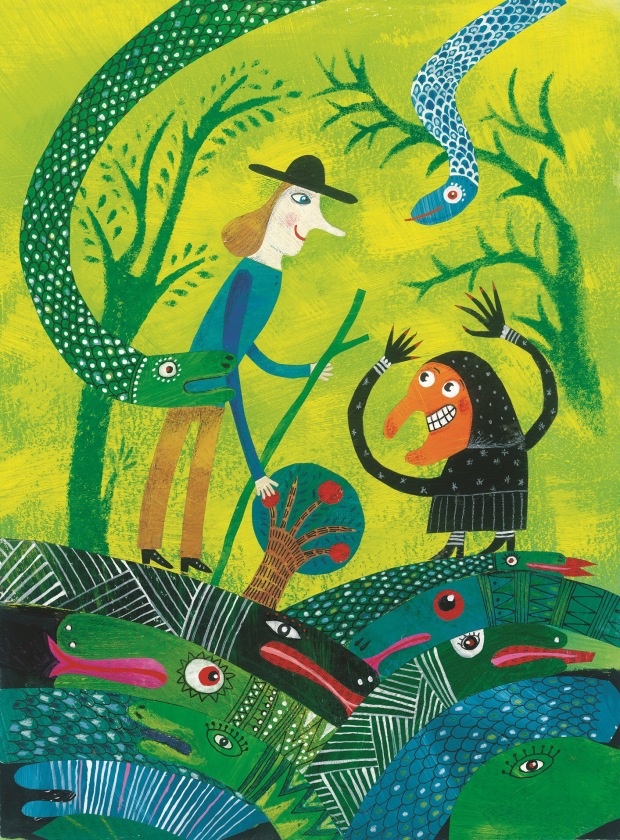 Look at those colours! What do you think might be happening? Jacquline Molnár’s eye-catching illustrations have a wonderful folk art quality to them which wonderfully complement the text.

Written by one of Hungary’s best-Loved Children’s authors, Arnica the Duck Princess contains all the most important ingredients of a fairy tale: friendship, peril, humour and  touch of magic. I think this could be enjoyed by children aged 7+ as an independent read, or younger if sharing with an adult.

*Thank you to Pushkin Press for sending me this title and exclusive illustration to review. Keep an eye out for other bloggers previewing images ahead of its release on 7th March.*