Introducing a new middle grade adventure set deep underground in a mysterious community of animal-headed people: The Tunnels Below. Interestingly borne out of Nadine’s own experiences of getting lost on the Kennington Loop of the Northern Line, don’t let it put you off having an subterranean adventure of your own! 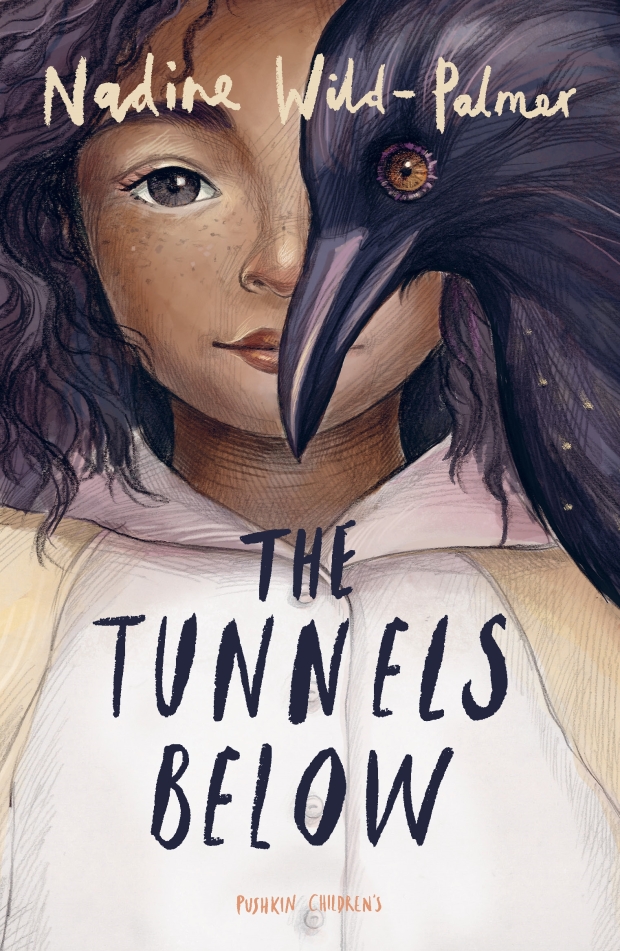 It’s Cecilia’s twelfth birthday and everything’s going just as expected: her little sister is being super-annoying, there’s cake, presents and a trip to London.  However, when Cecilia finds herself leaping back onto an empty underground carriage to recover the strangely beautiful marble her sister gave her for her birthday, things take a turn for the strange.

The automatic doors swoosh shut and Cecilia is transported to deep underground to a part of the tube network she’s never seen before.  So deep, that she’s in near total darkness with no signs of any other humans around. Cecelia stumbles upon the home of a fox-headed person, Kuffi, who becomes her guide around a magical underground community.

She soon finds herself thrown headlong into a plot to help save them all from a terrible fate at the hands of the vicious Corvus regime. Can she help overthrow the plotting crow-heads and will she ever get back home?

This was a thoroughly gripping read. Just the right blend of fear, magic and fantastical wonderment. There were some truly original and humorous sequences, as well as the real threat and moments of darkness courtesy of the Corvus crew in this dreamlike fantasy land.

With themes of family, conservation of resources and overcoming fears and prejudices, this would be a great read for anyone aged 9+

2 thoughts on “‘The Tunnels Below,’ by Nadine Wild-Palmer, illustrated by Ellen Shi.”