I recently had a great time at the Oxford Reading Spree, hosted by Ed Finch at Larkrise Primary School.  I had been invited to run a workshop about how and why to introduce ‘classic’ children’s literature in a primary school, based on my own experiences. I chose to share some of the texts and activities I used when investigating the pirating adventure: Treasure Island.

Regular readers may have noticed that I ran a very similar workshop at Reading Rocks South, but centred around Alice’s Adventures in Wonderland (click HERE to read). The main theory and principles are the same so I won’t go into too much depth here, but we had some interesting conversation around variety of task and of course wonderful new texts to explore at the Reading Spree. 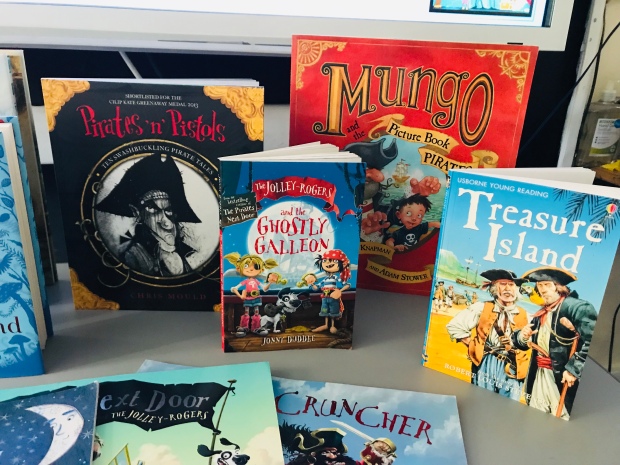 In my school, we had planned to focus on one new classic text each term. The plan was that the pupils would then revisit these texts every school year, looking at different aspects and in greater depth each time. This was to build familiarity with the settings and characters, build vocabulary and lessen the cognitive load when looking at ‘higher level’ aspects in Year 6.

The Treasure Island theme was adopted across our whole school, from EYFS to Year 6. These are my suggested set texts for some of the phases (they would be great to share across all the upper age groups, but we wanted to avoid overlap): 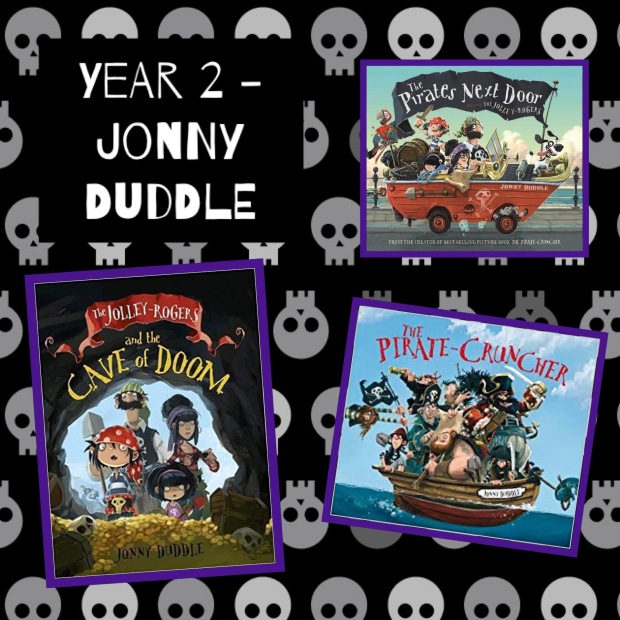 Jonny Duddle’s are great because you have gorgeous picture books full of interesting vocabulary, as well as the longer highly-illustrated early chapter books. The children may also already know him from Gigantosaurus. 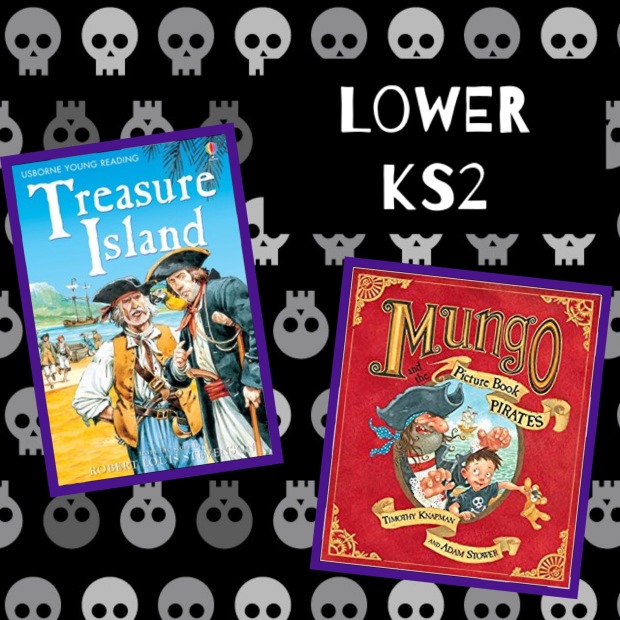 Usborne’s abridged version of the original text was perfect as it kept the original vocabulary, themes and characters but was much more accessible for lower key stage 2. Mungo and the Picture Book Pirates is full of engaging illustrations and brilliant vocabulary. 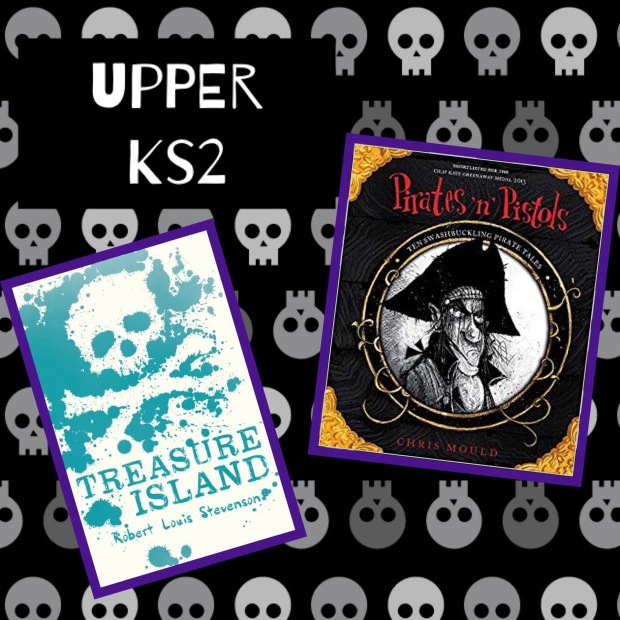 Although we also used extracts of the original Treasure Island in lower key stage 2, this was looked at in more detail and at greater length in the upper year groups. This was paired with Chris Mould’s ‘Pirates ‘n Pistols,’ which featured Treasure Island as well as other pirate-themed texts. It also has excellent illustrations!

As a team, care was taken to avoid using the same extracts in different year groups and mapped out what genres of writing we would all do. This was to prevent pupils getting bored or duplicating tasks as they revisited the stories each year.

We had a whole school launch week with dressing up and treasure hunts around the grounds. Links were also made to other subject areas like art, music, history and geography. It worked brilliantly with every year group producing some fantastic work.

Well I hope that was helpful, as I said more detail can be found in my Alice in Wonderland post. I’d love to hear of you use any of the texts I’ve suggested or about other activities you’ve tried which have worked well.

2 thoughts on “Introducing classic texts in a primary school (part 2): ‘Treasure Island’ as seen at the Oxford Reading Spree.”